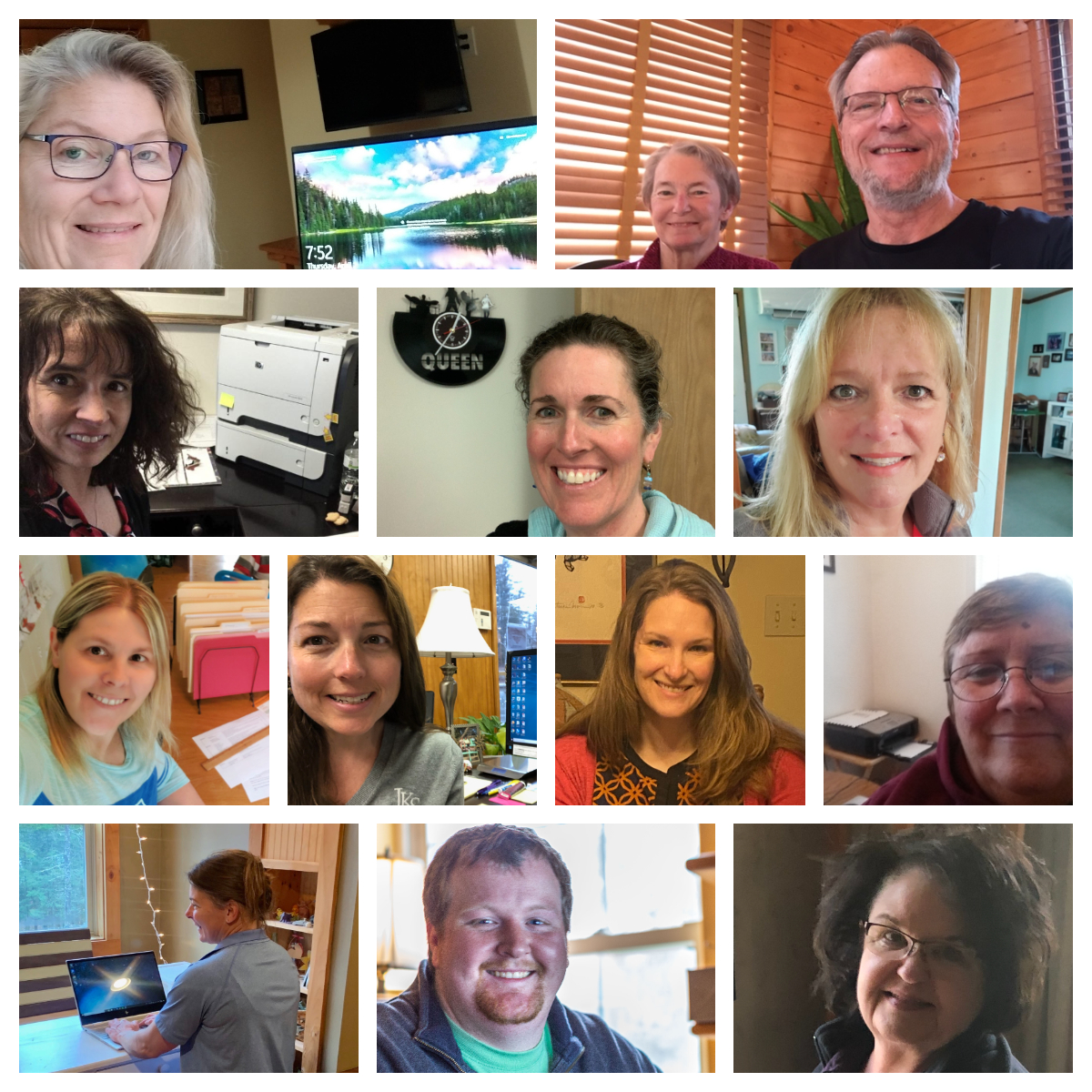 Jeff has been practicing trust and estate law in Ellsworth since 1985. He is a graduate of Princeton University and Rutgers-Camden School of Law, and is  admitted to the bars of the state and federal courts of Maine and New Jersey (inactive) and the U.S. Supreme Court.

For nearly 20 years, Jeff has been regularly consulted by and invited to testify before the Maine Legislature’s Judiciary Committee on proposed legislation concerning trusts, powers of attorney, guardianship and conservatorship, advance health care directives, estate planning and probate administration. During this period, the Legislature enacted or revised all of the Maine statutes governing such matters, including the Maine Uniform Trust Code (2003) and the Maine Uniform Probate Code (2018).

Since it was created in 2009, Jeff has been one of the ten lawyers and judges serving on the Maine Probate and Trust Law Advisory Commission (PATLAC), having been appointed and reappointed by the Chief Justice of the Supreme Court.

Jeff is the author of the chapter on “Marital Deduction Planning” in A Practical Guide to Estate Planning in Maine, published in 2012, revised in 2017.

Throughout his career, Jeff has received national recognition as an estate planning, probate, and trust lawyer. He was elected a Fellow of the American College of Trust & Estate Counsel (ACTEC) in 1990, and is currently a member of the Practice Committee, the Technology Committee and the Artificial Intelligence Task Force.  In 2019, he was named Dean of the ACTEC New England Fellows Institute.

In 2004, the national Uniform Law Commission recognized Jeff for "outstanding leadership and support of the Uniform Trust Code project." His most recent national project has been as an Observer on the committee that drafted the Commission’s Uniform Recognition of Digital Wills Act (2019).

In 1995, Jeff was selected for inclusion in the directory “The Best Lawyers in America" and has been included in every subsequent edition. In 2007 he was voted to the first “New England Superlawyers” list for his expertise in Trust and Estate Law, and has been included in every annual listing since. America's oldest lawyer-rating organization, Martindale-Hubbell has awarded Jeff an "Av" rating, described as the "highest possible rating in both legal ability and ethical standards." The New England Bar Association recognized Jeff for his "personal contributions to the legal profession" in 2001.

Jeff has made many educational presentations about trust and estate law over the years, from local seminars for non-lawyers to national meetings of lawyers and trust bankers.

Prior to opening her own law office in 2008, Rebecca Sargent had been Senior Vice President & Senior Trust Officer at Union Trust Company since 1994. Before that, she practiced law at Loughlin & Wade in Portsmouth, NH, where she concentrated her practice in estate planning, probate, and real estate. She merged her private practice with the practices of Jeffrey Jones and Roberta Kuriloff in 2013, thus forming Jones, Kuriloff & Sargent, LLC.

Rebecca holds a B.S. degree in Business Administration from The Pennsylvania State University and a J.D. degree from the University of Maine School of Law. She is admitted to the bar in Maine and New Hampshire. She is a member of the Maine, New Hampshire, and American Bar Associations as well as the Hancock County Bar Association. Rebecca graduated with honors from the National Graduate Trust School at Northwestern University and ABA Stonier Graduate School of Executive Bank Management at Georgetown University. She served as a member of the Advisory Board for the Certified Trust and Financial Advisor Program, the Certified Council of the Institute of Certified Bankers, through 2016.

Rebecca believes in giving back to her community, so she regularly volunteers her time for local organizations. Current commitments include roles as: Honorary Trustee of the Maine Coast Memorial Hospital; Governance Committee for the James Russell Wiggins Down East Family YMCA; Board and Executive Committee of the Ellsworth Area Chamber of Commerce.

An Ellsworth native, Rebecca's passions include gardening and golfing. She might argue that between work and weather, there's never quite enough time for either.

Catherine joined Jones, Kuriloff & Sargent, LLC in March of 2016. Prior to that, she operated her own law practice in Ellsworth, Maine, where she worked with clients on real estate, probate, and civil matters. Additionally, she advocated in many family matters, including divorce and custody cases, child protection issues, and Guardian ad Litem work. She worked at Sandra Hylander Collier Law Offices from 1997 until 2010, where she carried out real estate transactions, drafted estate planning documents, authored appellate briefs, and handled small business law.

Catherine is a proud graduate of Bates College and University of Maine School of Law and is admitted to the bars of Maine and the U.S District Court of Maine. She has taught Business Law at Eastern Maine Community College and is currently an At Large member of the Maine Board of Overseers of the Bar - Grievance Commission. Catherine has been a member of the Ellsworth Noontime Rotary Club and has also been Secretary of the Hancock County Bar Association. She lives in Surry with her family.

Prior to joining Jones, Kuriloff & Sargent, LLC in 2019, Dawn was a patient representative at Maine Coast Memorial Hospital (now known as Northern Light Maine Coast Hospital) and was an active member of the Employee Engagement Team.  Many people recognize her from her 38-year career in the travel industry, including her years with Hancock Travel, AAA Travel, and the Bar Harbor Airport.

Dawn is a Maine native and an Ellsworth High School graduate.  In her free time, she enjoys boating on local waters, being outdoors, and spending time with her family and friends.

Debbie has over 20 years of experience in accounting, payroll and auditing. She is a graduate of Ellsworth High School and has 30 years of banking experience. Prior to joining Rebecca Sargent's law firm, Debbie was the AVP, Audit/Payroll Specialist for Union Trust Company.  Her primary responsibilities include office management, billing, helping clients manage their expenses, and bookkeeping for clients.

A Maine native, Debbie enjoys gardening and spending time near water. When not at work, she can often be found preparing healthy meals or listening to her iPod on the recumbent bike.

Elizabeth's role with the firm is to handle fiduciary relationships, trust administration, and corporate accounts, in addition to managing marketing and advertising for the firm.  There's a side gig of Chief Database Controller in there as well.

In a prior life, Elizabeth was a Trust Officer at Union Trust Company, under the leadership of Attorney Rebecca Sargent, with a primary focus on retirement assets.  She has attended the Northern New England School of Banking and the ABA Trust Schools. She graduated from Lawrence University in Wisconsin with a degree in math and music. She is a Notary Public as well.  She is involved with a variety of local non-profit organizations in leadership roles that usually involve some sort of financial oversight.

In addition to her roles as a paralegal and administrator of client services, Jeanne is also a Certified Legal Nurse Consultant.

Jeanne worked for more than 20 years as a Registered Nurse, which often provides a unique and valuable insight that complements our legal analysis of client problems. Her extensive network of contacts in the health care field can be helpful to clients who are seeking home care or evaluating assisted living or skilled nursing facilities.

She has three adult children and is married to Jeff Jones.

Jen handles general office work for Attorneys Jeff Jones and Tim Stanley, including the day-to-day flow of phone calls, scheduling appointments, setting up trusts and wills for signing, and drafting documents.  She is a Johnson & Wales University graduate with an Associate’s Degree in Paralegal Studies.  She is a distance runner and has an eye for artistic design: she does flower arrangement, needlework, knitting, and quilting.

Born and raised in Ellsworth, Maine, Becca joined Jones, Kuriloff & Sargent, LLC in August of 2017.  She worked for the Law Offices of Sandra Hylander Collier in Ellsworth for 20 years until Sandra's retirement in February of 2017.  She prevoiusly worked as a paralegal in areas of family law, civil litigation, and personal injury; she was also the office manager and bookkeeper for the firm.

Becca is currently a paralegal for Attorney Rebecca Sargent.  She is managing real estate transactions and handling probate estates.

Becca waitresses on weekends at Helen’s Restaurant in Ellsworth and operates her own bookkeeping services from home.  She is a Notary Public, the President and Secretary of the Board of Director’s at Special Children’s Friends, and a member of the Autism Society of Maine and the Cystic Fibrosis Foundation.

In her spare time, she enjoys spending time with her son Brock, especially hiking in Acadia National Park and swimming at one of the local beaches.

After serving in the United States Coast Guard for 7 years, Rhonda began her financial career at Union Trust in 1999 and in 2008 joined the Law Office of Rebecca Sargent. She is responsible for administration of fiduciary accounts, coordination of client matters, and office administration.

Rhonda and her family live in Ellsworth, Maine where they enjoy spending time together pursuing their fitness passions such as running, hiking, skiing, and biking.

In 2013, Roberta’s private law practice merged with those of Jeff Jones and Rebecca Sargent, thus forming Jones, Kuriloff & Sargent, LLC. This was done to insure fluidity of the practices as each lawyer neared retirement. The firm has become a well-rounded estate planning and elder law practice. These changes allowed Roberta the flexibility to become Of Counsel in 2015, and then to retire in early 2016. She is pursuing a project to help seniors preserve their life stories in writings. She published her first book, Everything Special, Living Joy, in late 2014 and looks forward to devoting more time to creative writing.

Shanna joined our office in 2019 after eight years as a medical assistant for a general surgery office at a local hospital.  She brings a tremendous skill set to our office environment and her calm demeanor is ideal for the reception area. A Verona Island native, she enjoys traveling (the Caribbean and Ireland are high on her list) and spending time with friends and family.

Susan handles funding of trusts, as well as complex probate and estate administration, real estate, and management of corporations.  She is a graduate of UMM with a degree in secretarial studies and brings much experience to the firm, having worked thirty-eight years as a paralegal and office manager. Susan joined Roberta Kuriloff’s firm in 2012; she works closely with Attorney Catherine Fenton since Roberta's retirement.

A native of Addison, Susan currently resides in Gouldsboro. Her spare time is spent with family, bird watching, and quilting.

Sylvia had a long legal career in Ellsworth: over 30 years of trust and estate experience with Hale and Hamlin, LLC in Ellsworth, then Union Trust Company as Assistant Vice President, Trust Officer for 9 years, then to Rebecca Sargent's law office when it opened in 2008.  She officially retired in 2019, but she continues to help with tax preparation and other needs.  Her knowledge of estates, trust administration, real estate transactions, and corporate entities is unparalleled.  Her mostly-retired schedule allows are to spend more time with her husband, children, and grandchildren.